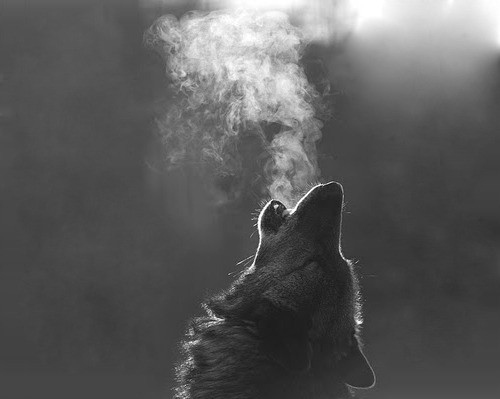 If you were forced to make a choice between living a life of boredom, or one of loneliness, what would your decision be? Would you choose a stifled existence of mundanity in which you are forced to conform to the whims and needs of the masses? Or would you be comfortable in a life of isolation? Could you find comfort in the knowledge that you will forever be without inspiration, surrounded only by the mediocre and the monotonous? Or would prefer a life of seclusion and segregation?

The truth is that you wouldn’t wish to be afflicted by either. If I pushed you into a corner and forced you to make a choice, you would probably shove me back and call me insane. Why would anyone want to make such a ridiculous decision? No matter what avenue you pursued, you would be damning yourself to a life of frustration. And yet, on a subliminal level many of us have already made this choice. I’ll get to explaining why in a moment, but first I want you to ask yourself what you would decide. When your back is against the wall and you’re forced to decide between being a wolf or a sheep, what are you going to chose?

A life of boredom sounds well… Boring. But a life of loneliness sounds heartbreaking. Only a sadist would wish to spend their life utterly alone.

The human brain is preprogramed to pursue a life of boredom over one of isolation. We rely on chemicals and endorphins flooding our mind in order to feel accomplished. We establish friendships, set achievable goals, and pursue larger dreams so that we can succeed and our minds can be flooded with hormones that leave us feeling contented. Mankind is for lack of a better expression; a reward centric species reliant on self actualization and social fulfillment. On a subconscious level, we have a yearning to fit in, so we create communities of like-mindedness and consume products and ideas that fall in line with our beliefs and ethos.

We move like herds of sheep. Not because we are unable to stand alone, but because we are compelled to move together. Our behavior is indicative of boundless successes and our greatest accomplishments as a species are born out of this togetherness. We are all connected, regardless of colour, orientation, gender or creed.

But this herd like attitude can also lead to a lack of originality. When we all move in the same direction, we all think, feel, and act in an identical manner. We believe that we are exposed to beautiful literature because we are told by our peers that something is groundbreaking or unique. We believe in the faux realities portrayed to us on social media because we are afraid to ask questions. And we fail to understand or appreciate truly original thinking because it doesn’t fall in line with the rinse and repeat mentality of the modern era.

We become bored with ourselves and the world we live in, yet are somehow perplexed as to why anyone would dare to create something new and exciting.

Hold on, let’s take a break for a second. I keep throwing out the expression ‘we’ and yet I have never really subscribed to this type of behaviour. In fact, I have never really found my place within society. I’m still a lone wolf wandering adrift amongst sheep. Even after twenty-seven years of trying to understand myself, I am still the loneliest son of a bitch that I have ever known. Not because I am without peers, but because I don’t share the same ideological constructs or accept the same realities as those around me.

When you break down society into the two categories of sheep and wolves I fall firmly into the classification of the later. I would rather die of heartache than live an existence plagued by boredom. I would rather strive towards greatness than settle for the mundane. And I would rather fight for a dream than be handed a bullshit life suffocated by monotony and tedium on a silver platter. When I look at myself as a man and as a writer, I would rather be a fucking wolf than a goddamn sheep.

But in a world as fickle as this how does one find sanctity in loneliness? How does one chase a dream without succumbing to despair and isolation?

…You can’t. It’s not possible to be a wolf and to stand for what you believe in without learning to grift and grind when life gets tough. I am a twenty-seven year-old writer who suffers from anxiety. Why? Because I want to be something far greater than who I am. I push myself to produce and create so hard that oftentimes I find myself frustrated, angered, or crying in a wardrobe. Shitty literature, tacky mass produced music, and shoddy films break my heart. And the fact that celebrity and marketability has replaced talent and hard work feels like an affront to everything that I stand for.

And yet I write. I keep pushing through the loneliness because I believe that I can be better. I believe that through my words I can change the world. When I first started blogging I was an extremely unhappy, and tremendously lost individual. I was a wolf in sheep’s clothing, floating through an existence that left me feeling broken and unfulfilled. But writing saved me. It became a reason to dream, a reason to love, and a passion to live for. Four years later, The Renegade Press has grown into something far greater than I had ever imagined. What started off as a way for me to embrace my inner wolf and peel off the layers of sheep skin that clung to my frame, has now become a medium through which I can connect with like-minded souls who believe that there is more to life and art than boredom and bullshit.

The price that I have paid to make it as far as I have in this industry (admittedly I’m still scratching at the surface) has been huge. At times I am so fucking lonely that I contemplate quitting. Sometimes I pray that I can start over and decide to be a sheep rather than a wolf. I tell myself that I would be happier if I learned to accept rather than question. But then I look at how far I have come, read the kind words of my readers, and look at my name on the spine of a novel and find my courage return. I am a wolf. And when a wolf finds himself backed into a corner he bares his fangs and fights his way out.

If ideological loneliness and heartbreak is the price that I have to pay to be a writer, then I welcome it with open arms. Because even though loneliness can be devastating, it is better to die having spent one day as a wolf than have lived an entire lifetime as a sheep.