Greek mythology tells story of Icarus, son of the great Athenian craftsman Daedalus, who built the Labyrinth for King Minos of Crete. The story goes that Daedalus, imprisoned in his own creation by the King, fashioned two sets of wings from feathers and wax so that he and his son could escape. Before taking to the skies, Daedalus warned his son not fly too close to the sea, where dampness would clog his wings, nor too close to the sun, but to follow his path of flight.

But Icarus, overcome with the thrill of flying, ignored his father’s warning, soaring ever higher until the sun melted his wings, and he was left flapping his bare arms. Falling to the sea beneath him, Icarus drowned.

The story of Icarus is one of over-ambition. The Athenian’s failure to recognize the separation between his desire to soar closer to the sun, and his inability to do so, cost him his life. So fabled was his failed flight, that psychoanalyst Henry Murray established the personality theory known as the Icarus Complex to describe an individual with an ego so consuming that it borders on malevolent.

July 19th marked the sixth anniversary of this website…

And yet, despite the considerable lapse in time between posts, I chose not to draw attention to the date. Instead, I spent the day looking at photographs of flowers, sorting through images that I loved and loathed, while I waited for my editor to complete the final read through of a manuscript I have spent the past two years writing.

My decision not to post on the July 19th wasn’t an easy one to make. When I first began blogging, I never imagined that I would achieve everything that I have in the past six years. This site was born out of a yearning to break out of the depressive mindset that often left me feeling alone. The disparity between my dreams of becoming a bestselling author, and my distinct lack of talent to do so, could even have made a man as ambitious as Icarus question my headspace. To not acknowledge just how much I have grown since then seemed wrong.

But the timing wasn’t right. I was just beginning to enjoy writing again after an extended absence, and I didn’t want to force myself to upload something just for the hell of it. So I decided to wait. Until now.

The past six years have been a wild ride. In my most egotistical moments, I have called myself a wolf. In times of self reflection, I have drawn comparisons between my softer side and bouquets of flowers. I have also picked fights with bigots, wrote for other websites, received a few death threats from readers, and somehow managed to strike a chord with the people who return with every post to read my attempts at personal and creative growth.

By December of last year, I had written a hundred and seventy-six posts, built a subscribership of just over eighteen thousand, and amassed over a quarter of a million page views. At the time, I felt as though I was closing the gap between my dreams and the talent that I required to make them a reality. This website, and my nearly completed manuscript, were like wings made of feathers and wax that were going to help me contiuously soar to new heights.

At the start of 2018, I fell into the oceans of anxiety that my writing had allowed me escape from, and I almost drowned. Although I survived, my confidence and creative impulses had been destroyed. By April I was so distraught, confused, and unsure why I had been abandoned by the wolf I have always nurtured inside of me, that I ran away to Europe and spent seven weeks trying to rediscover just who the fuck I am. 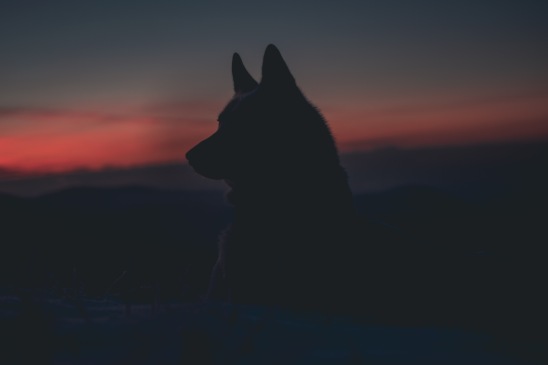 I spent 49 days visiting 12 countries, travelling 46,513 kilometres on planes, trains, busses and boats, with an additional 551 kilometres on foot. I shared my room with 127 different roommates, read six books, lived through a bomb threat, found myself in trouble with a member of the Swiss guard, grew a beard, and visited more museums, monuments, and bathhouses than I can even name. But perhaps the most important feat that I accomplished during my travels, was the two blog posts I managed to produce.

While I don’t consider either of the posts to my best work, they helped to repair the confidence I had lost in my writing, and allowed me to understand why I had been struggling to create for so much of this calendar year.

It turns out that I had developed an Icarus Complex. But not in a creative sense like I had originally thought. Not only am I a far better writer than I was six years ago, it has also been a long time since I have dreamed of writing a bestseller. These days I would rather write a book that leaves a lasting impression on an individual, than produce something that is consumed by many and quickly forgotten.

Instead, the disparity I had created in my life was between the man I wanted to become, and the mindset that I believed I required to do so.

My wings of feather and wax had melted when I came too close to a life devoid of human emotion.

After years of living with anxiety and depression, I became consumed with the idea of removing all frustration and angst from my life. I forced myself to constantly look for the positives in every situation. Instead of allowing myself to experience moments of anger and hurt, I began suppressing them to convince myself that life was perfect. By doing this, my world became sterile and uneventful, and my inspiration to write faded.

In hindsight, it’s mind boggling that it took running away to Europe to realise removing angst from my life was a mistake. I have often written about Laozi’s Yin & Yang, noting the importance of embracing all aspects of life. But, I am human. Which means I am perfectly imperfect, and for a few months I lost sight of my own beliefs.

In the two months since arriving back in Australia I have been extremely busy. I have finalised the manuscript I began writing in 2016, selected a cover image I’ve fallen in love with, worked on allowing myself to feel a more complex array of emotion once again (both positive and negative), and although I haven’t posted until now, I have also been writing.

The first half of 2018 has probably been one of the hardest creative periods that I have ever lived through. My refusal to allow myself small doses of anger and frustration in an attempt to be a better person destroyed my desire to create, and I had to completely remove myself from my own reality to realise that. But now that I have come to understand the dangers of soaring too close to the sterilised life I had once misconstrued as perfection, and began to embrace the emotional highs and lows that allow me to create, I’m back. And I’m excited as hell to be blogging again.

Two days ago, I released my sophomore novel You. I began writing the book during the lowest moment of my life, and used it as a means of healing. The book’s release is a defining moment in my life. It is a chance to lay to rest the psychological battles I have waged with anxiety and depression in the past, and to move forward onto new and exciting projects.

I’m thrilled about my future as both a writer and a man. The knowledge that I have rediscovered my passion for writing, and the wolf that howls inside of me is ineffable. To know that I have grown from a boy consumed by anger, into someone who actively avoided angst, and finally into a man comfortable enough to embrace all facets of life, and human emotion, makes me feel more alive than I have ever been.

I know that this post is a few weeks overdue, but I wanted to take a moment to offer my sincerest thank you to everyone who has followed this site over the past six years. Thank you for believing in me. Thank you for sharing in my journey. And thank you for being a part of my life. The love that I have for every single one of you is far greater than you could ever understand.

Despite the very lacklustre start to 2018, I hope that you continue to stick around, because Chris Nicholas and the Renegade Press are just getting started.

To learn more about You, please click on the image below:

Chris Nicholas is an author from Brisbane, Australia. He has published two novels, and is currently working on his third. View all posts by Chris Nicholas

Follow The Renegade Press on WordPress.com
Join 24,873 other subscribers

Follow The Renegade Press on WordPress.com
Join 24,873 other subscribers