In August 2016, a woman broke my heart. After two years of dating, during which time I convinced myself that she was the person I was destined to marry, she left me. To say that I was devastated would be an understatement. I was inconsolable, believing that my entire world had come crashing down around me. In the months that followed our failed romance, I lost my desire to write, to eat, and even to live.

Yet for all that I temporarily lost, I also learned…

I learned how to let go of the anger and depression that had consumed me, how to pick myself back up when life had knocked me down, and how to appreciate the true beauty of human compassion. But arguably the most important thing that I came to understand in my lowest moments was what it means to truly love someone. Twelve months ago I was hurting so badly, and yet all I wanted was for the woman who had left me to be happy. I didn’t realise it at the time, but that willingness to sacrifice my own happiness so that someone else could find theirs, was love.

Love is not about expensive gifts, loading pretty pictures on social media, or superficial bullshit. Love is the desire to go that extra mile just to make someone smile. It’s holding their hand when they hurt, and it’s the willingness to support them during difficult times.

Love is about finding the one that is worth suffering for, and taking every opportunity you can to show them how much they mean to you. 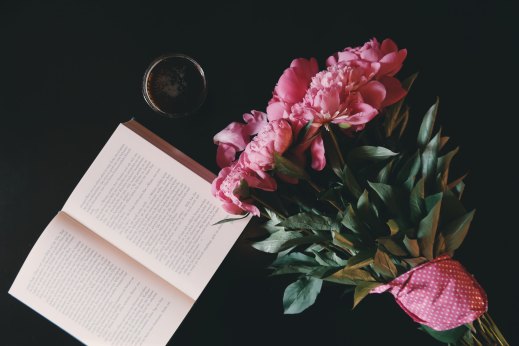 When my former lover left me, I didn’t think that I would ever find someone who could make me feel like that again. So, I wrote a love story. In an effort to mend my wounded heart, I gathered up all of my pains and spilled them into a manuscript that is now awaiting a professional treatment from my editor.

But because I’m impatient, I’ve decided to do something monumentally stupid and share a draft of the opening chapter with my readers. At the bottom of this post there’s a link to a PDF download which contains a draft copy of the opening two thousand words of You. It’s not the finished product, and it’s rough as hell, but I’m still so proud to be able to share a little piece of me with those that wish to read it.

I did find another girl too…

I never thought that someone could take my breath away like she did. From the very first time I saw her I knew that she was special; like a spoonful of honey drizzled into my soul. She was the kind of person that only comes along once in a lifetime, but she decided that she didn’t want me the way that I wanted her. And despite what many of us would like to believe, you can’t convince someone to love you, or to ignore the voice in their head that tells them it’s the wrong time.

As much as it hurts to admit, I’m 99% sure that I was the right guy; I just found her at the wrong time. But if she does read this, I hope that she knows just how wonderful she truly is.