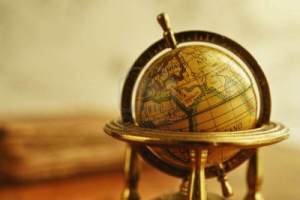 As an aspiring author I am constantly devouring as much literature as humanly possible in an effort to continually expose myself to the endless world of words. Through my constant exposure I have read, listened to, and watched more wonderful stories than I could ever attempt to list here, and I am truly blessed to have had a chance to devour such an array of writing. Obviously in my journey through the wondrous world of words I occasionally find myself let down by an author’s craft; feeling jaded when a novel falls apart in the final chapters, or when a song or poem completely misses its mark. But then, every so often you stumble across a piece of writing that completely transcends itself above its author, genre, and medium and ignites a fire inside your heart and mind, leaving you physically and emotionally stunned at its beauty.

They say that inspiration often comes from the most unlikely of sources, and as someone who is known for disappearing into my own imagination at the most impractical of times I know this better than most. – If you need an example of this I recently had a massage to help with a sporting injury. While most people on a massage table try to relax and enjoy the experience, I spent the entire time crafting the blueprints of a murder mystery tale that commences with a man meeting his grisly end on the masseuse’s table. – But recently I was left stunned and quite literally lost for words by the incredibly beautiful, moving and downright brutal lyrics of a metalcore band.

For those of you that don’t know me personally I am a huge fan of music that falls under the banner of metal/hardcore/metalcore, and can regularly be found lost in a cacophony of manic drums, heavy guitar breakdowns, and lyrics growled, screamed and sung over rip roaring sonic compositions. But contrary to popular belief I don’t indulge these forms of music because I am full of angst or anger (at least not anymore), or because I am different or weird. I do so because popular culture no longer values true musical and lyrical genius anymore, yet some of the bands that I listen to have the most powerful, emotive, and downright beautiful lyrics I have ever heard. These days true musical genius isn’t found on the radio or on those bullshit talent search shows; it’s found in bars, mosh pits and garages.

The song that serves as the catalyst for this latest post is from Sydney based metalcore outfit Northlane. The lyrics penned and sung by vocalist Adrian Fitipaldes are among the most honest and emotive I’ve ever come across, and one of the reasons that I have chosen to blog about them is that through the bone crunching breakdowns and guttural screams Fitipaldes strikes a chord with this particular writer. With lyrics as open and unrestrained as ‘Here I am with all my insecurities, and imperfections, crying out to a world that just won’t listen’ Fitipaldes words really hit home. As a writer relentlessly trying to break into the industry and see my work in print there are times when it feels as though no matter how much blood, sweat and tears I pour into my craft (through blogs, novels, novellas, university essays, and writing competitions) I seem to be faced with a literary world that just won’t listen. I’m faced with agents, publishers, and fellow literary hopefuls who refuse to pay attention; who refuse to let anyone of the hundreds of thousands of amazing writers across the globe break into the limelight that they so truly deserve.

When Fitipaldes bears his soul to the world he asks his listeners to ‘lend him their ears, their hearts and their minds and discover what’s missing’ he exposes his strengths and vulnerabilities, his hopes, dreams, and shortcomings to a world that so often chooses to judge rather than understand. In many respects the manner in which he approaches his own failings and ambitions is similar to what I try and do here every single time I post. When I first started this blog I was a mess. My head was full of so much negative shit that it was literally impeding my ability to write or even function. My entire outlook on life was warped, relationships suffered, finances failed, and my self-confidence hit an all-time low. But through exposing myself, through allowing myself to become the test subject for the age old sink or swim philosophy, I’ve learned that not only that I can swim, but I can do so with the best of them.

Nowadays I’m emotionally, physically, and linguistically stronger than I have ever been, and the whole reason behind my transformation is my blog. Through taking a leap of faith and opening up my soul for the world to see, I’ve not only healed old wounds, but also learned some truly amazing things about myself and pushed my writing to new levels in the process. My original inspiration for creating this was to overcome obstacles, yet as I’ve grown and progressed as a writer my catalysts have changed to the point where now something as wonderful as a song, a picture, a quote or sporadic thought can trigger my desire to create.

Inspiration really does come from the most unlikely places. When I first started listening to heavy music I never thought that I’d end up blogging about my love for it. But then I never expected to stumble across a writer so honest as to acknowledge when he is ‘pouring his heart and mind into a world that doesn’t listen.’ Yet here we are.

So with that being said, my hope for all of you out there who read this blog each and every post is simple. For those who have stuck with me from the very beginning, and those who are reading my words for the first time, I hope from the bottom of my heart that my words have managed to inspire just one of you. For if it has, than my purpose as a writer is justified, and all the countless hours I’ve poured into this blog have been worth it. If just one person in this world listens, than that’s more than this writer could have ever hoped for when he first started out.